When I first moved to the United States I learned (for the first time) that apparently there is a rule where you can’t wear White after Labor Day. I thought it was strange. Some years, it is still warm and sunny in September, so why not wear White?! But rules, are rules, and that year I was the ONLY one wearing White jeans in mid-September (which was perfectly fine by me).

By now, half of the Summer is already behind us, I thought it only made sense to create an inspiration board of everything White for the rest of the Summer. While browsing the web for ideas, I kept looking at all the beautiful photos people are posting on Instagram from Capri and Portofino

My first inspiration is actually from Chanel’s Fall 2014 Couture runway show. I dream of this dress. Karl Lagerfeld’s creative mind is amazing. As Tim Blanks from Style.com described Chanel’s runway show last week: “…there was look after look of a gorgeousness so exquisite it could only be achieved in ateliers that were accustomed to confronting the impossible—and mastering it.”

So, here are my ideas for a  stylish vacation in the Italian Riviera! Oh, and “gorgeousness” is my new favorite word. 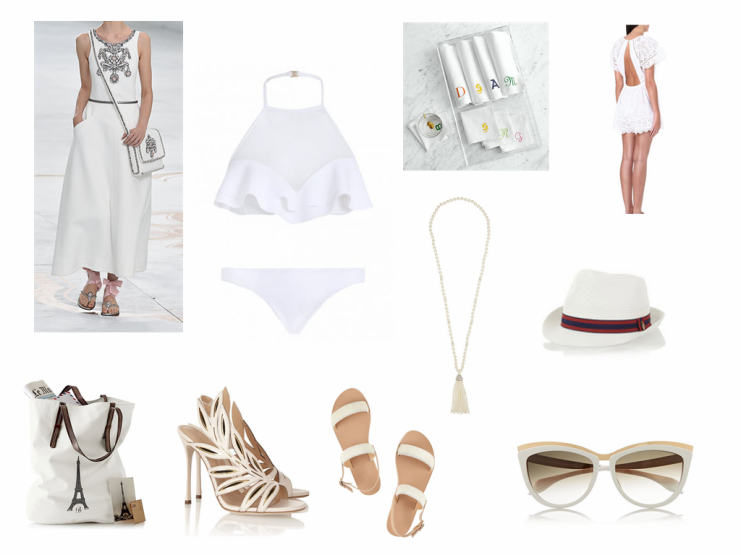